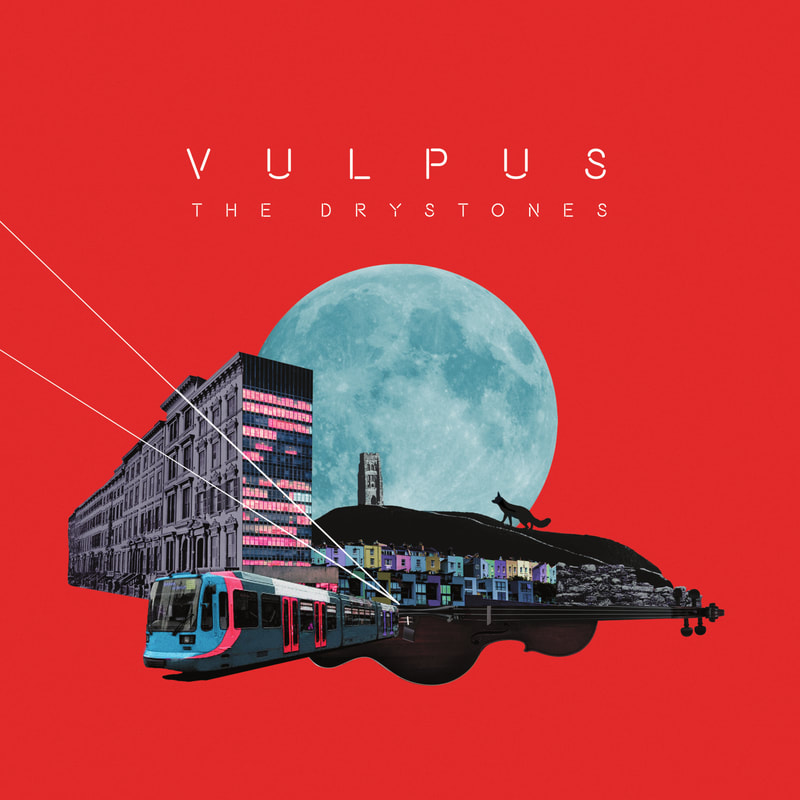 The Drystones have been making music together for over 10 years since humble beginnings busking the streets of Somerset. They have done their best to pour all this energy and passion into the remarkable sound of their new album Vulpus, which reflects both the changes in their lives and their changing relationship with traditional music.

The name is derived from the Latin, vulpes, meaning fox - an animal at home in both rural and urban environments. This is a particularly apt for symbol for Alex and Ford, as they have both moved to cities having grown up in the countryside.
​The record portrays a fleeting encounter with an urban fox; a rare and vivid experience which evokes the mingling of city nightlife with nostalgia for a rural upbringing.
​
The material was written during the spring and summer of 2020, during which time Alex and Ford had very limited opportunity to meet in-person. This inevitably meant writing in a different way, with greater reliance on technology and production skills, which is something they have embraced rather than hidden.

The album explores Alex and Ford’s newfound relationship with the city, resulting in an instrumental tunes album fizzing with the energy of 21st century electronica.

-
"If The Drystones are the future of folk/dance music, it is in very safe hands. Get up on your feet and dance the night away."
​Peter Shaw - Folk Radio UK

OUR 2019 ALBUM 'APPARITIONS' IS AVAILABLE ON BANDCAMP
Apparitions: (n) false or strange appearances, such as ghosts, illusions echoes, and myths.
This is the theme of our album and it describes how the album relates to the musical traditions of the past; breathtaking instrumentals break boundaries but sound strangely familiar. Songs tell old tales of a distorted new world. Through the lens of our new music, we view folk as a lingering phantom of forgotten ways that still haunts our modern thinking...

"This is an absolute jewel of an album, pushing and growing the classic folk duo form"
Marc Higgins - FATEA Magazine